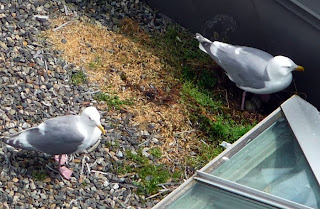 The ubiquitous seagull is often overlooked, but I've gained a new appreciation for this bird. Pairs of glaucous-winged gulls nest and raise their young on the rooftops around Vancouver. They appear to be excellent parents, bringing a constant supply of fish to their young. 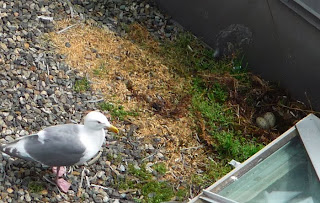 As of yesterday, there are two eggs in the nest. They usually lay three. I'll check back later to see if there's a third one. 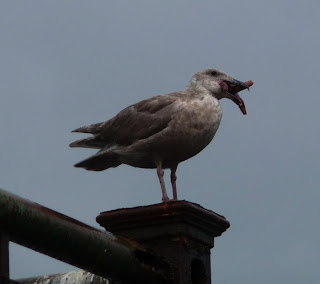 Juvenile gull eating a sea star. It looks pretty ridiculous, but eventually he gets it down. I've seen this happen a few times. 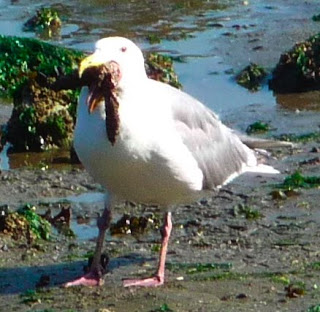 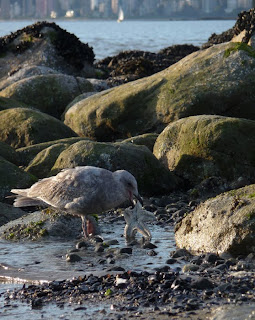 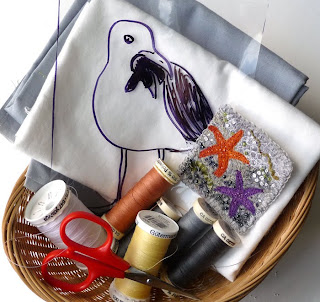 Ingredients for making a seagull (eating a sea star).

'Low Tide' wouldn't be complete without a seagull or two.
27 days until 'Low Tide'
No comments: